Notice SJCOG Offices Closed until further notice. March board meeting has been rescheduled to April 16 Read On... 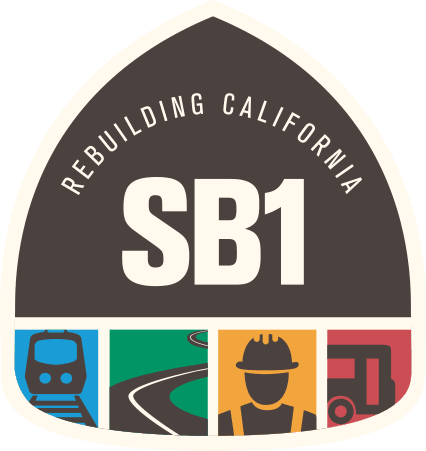 On April 28, 2017, Governor Jerry Brown signed into law, Senate Bill 1, the Road Repair and Accountability Act of 2017 (Beall and Frazier). This landmark funding program increased gasoline taxes and vehicle registration fees to over $5 billion annually to fix the state highway system as well as local roads, freeways and bridges and puts more dollars toward mass transit and bike and pedestrian projects.  It provides comprehensive and sensible transportation reforms, modest increases to existing revenue sources, and meaningful infrastructure investments. SB 1 was passed under the provisions of Prop 13, which requires a two-thirds vote in both the Assembly and the Senate.

The revenues will be phased-in over several years as follows:

SB 1 funds are protected under Prop 69, Assembly Constitutional Amendment No. 5, which safeguards these new dollars for transportation use only (passed with 81.3% of the vote on June 5, 2018). This funding package is a huge step forward for every Californian who relies on our transportation system.

Why Senate Bill 1 is important to the San Joaquin region

SB 1 provides approximately $5.4 billion annually for transportation improvements across California through the collection of gas and diesel fuel taxes and vehicle registration  fees. For the San Joaquin region, it means $359 million over the next ten years for “Fix It First” efforts to address local deferred maintenance. In addition, the new revenues from SB 1 are funding these vital projects:

This interactive map from the California Department of Transportation shows projects in local communities and statewide funded by revenues from SB 1: