Growth in Urban and Built-Up Land

The following charts show the amount and percentage growth in urban and built-up land by jurisdiction from 1992 to 2016 in San Joaquin County. Built-up land includes agricultural-residential areas (ranchettes) and facilities that support agricultural uses. Among the cities, Stockton had the most growth in acres which is to be expected because of it being by far the largest city. Cities that had the largest percent growth are the cities that are in the southwest portion of the county (Lathrop, Manteca, Ripon, Tracy). New development in the Mountain House community and built-up of non-urban land comprise much of the unincorporated County’s growth. The Growth in Urban and Built-Up Acres Map shows the location of new urban and built-up land. 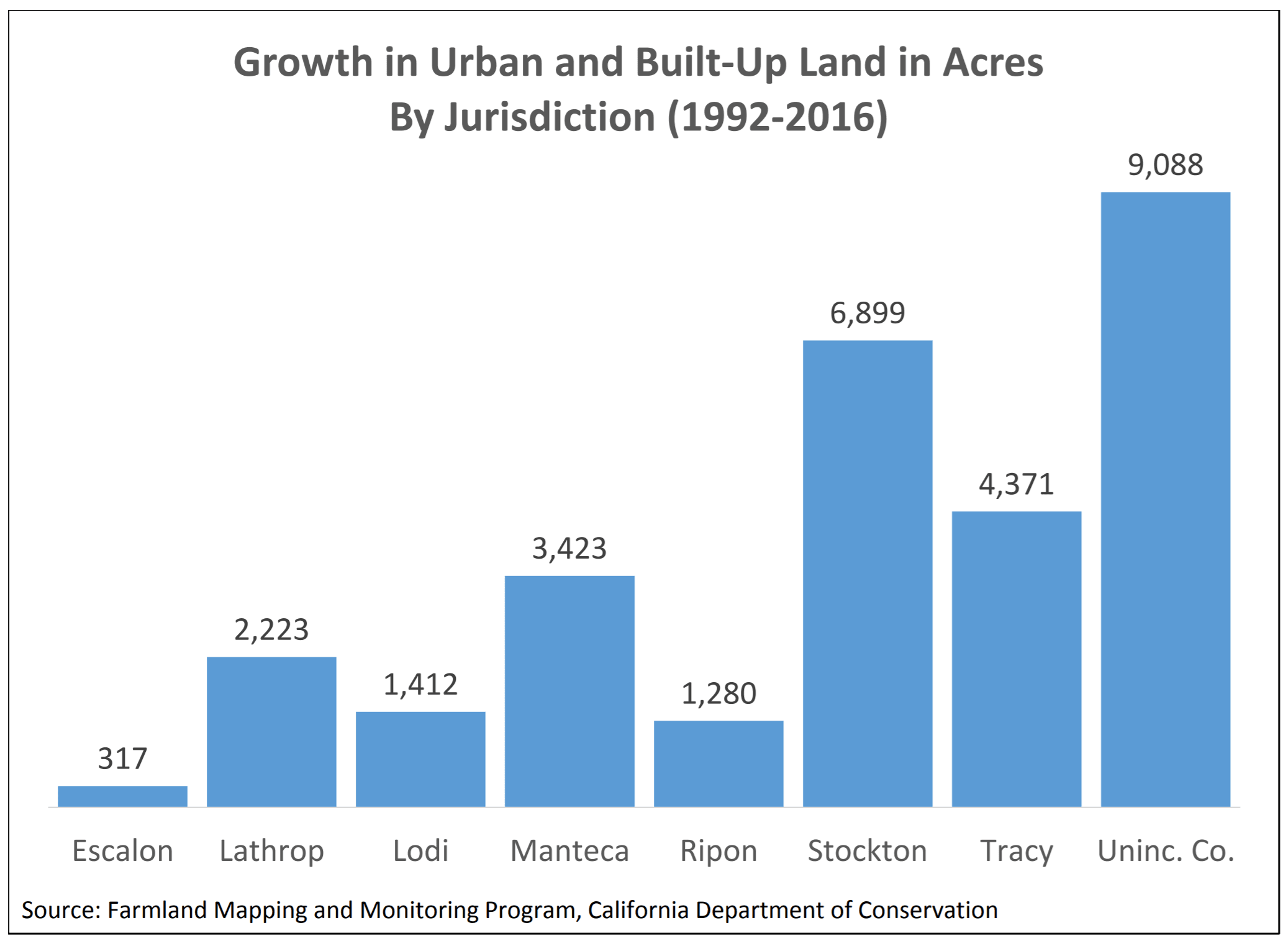 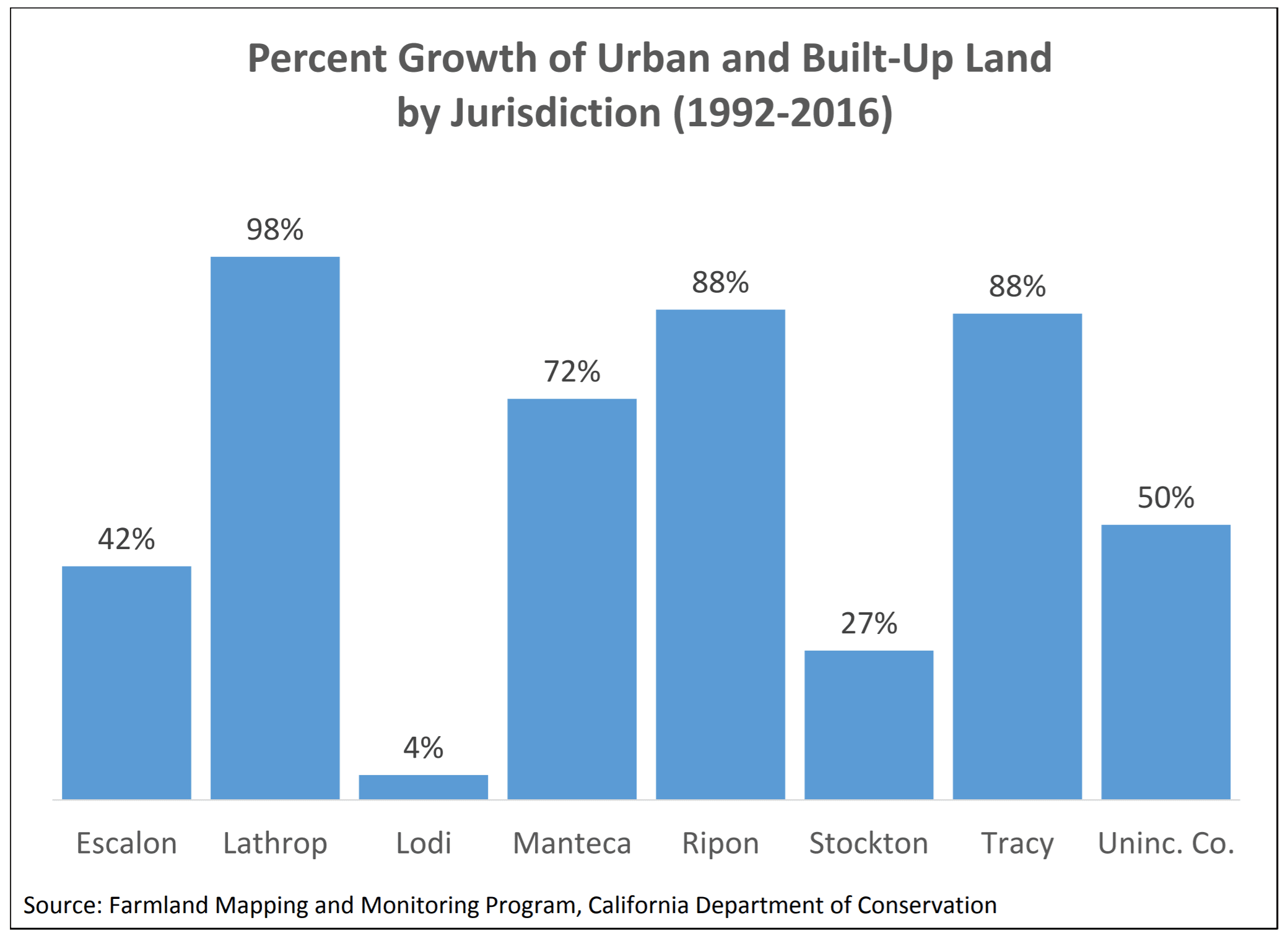 Though there has been a lot of development in San Joaquin County since at least 1992, the growth in urban and built-up land has slowed down during 2004-2016. The first chart below compares the number of acres developed between 1992 and 2003 with the number of acres that developed between 2004 and 2016. One possible explanation for the development slowdown is that the second period included the great recession which discouraged development growth for several years. However, during the first period, there were two recessions which would also discourage development growth. The second chart shows the same data at the jurisdiction level. All of the jurisdictions except Lathrop and unincorporated San Joaquin County had less acres developed during 2004-2016 than during 1992-2003. 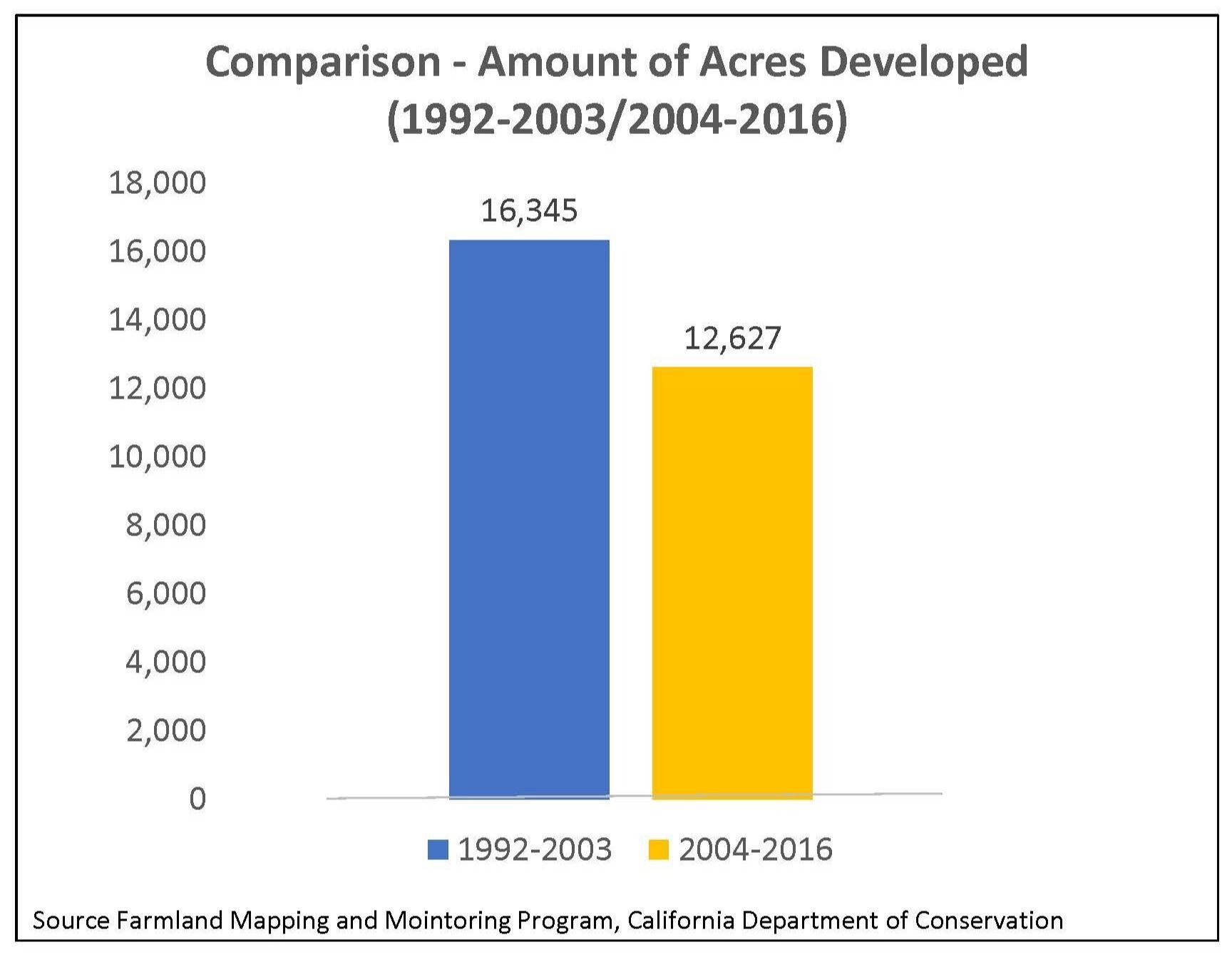 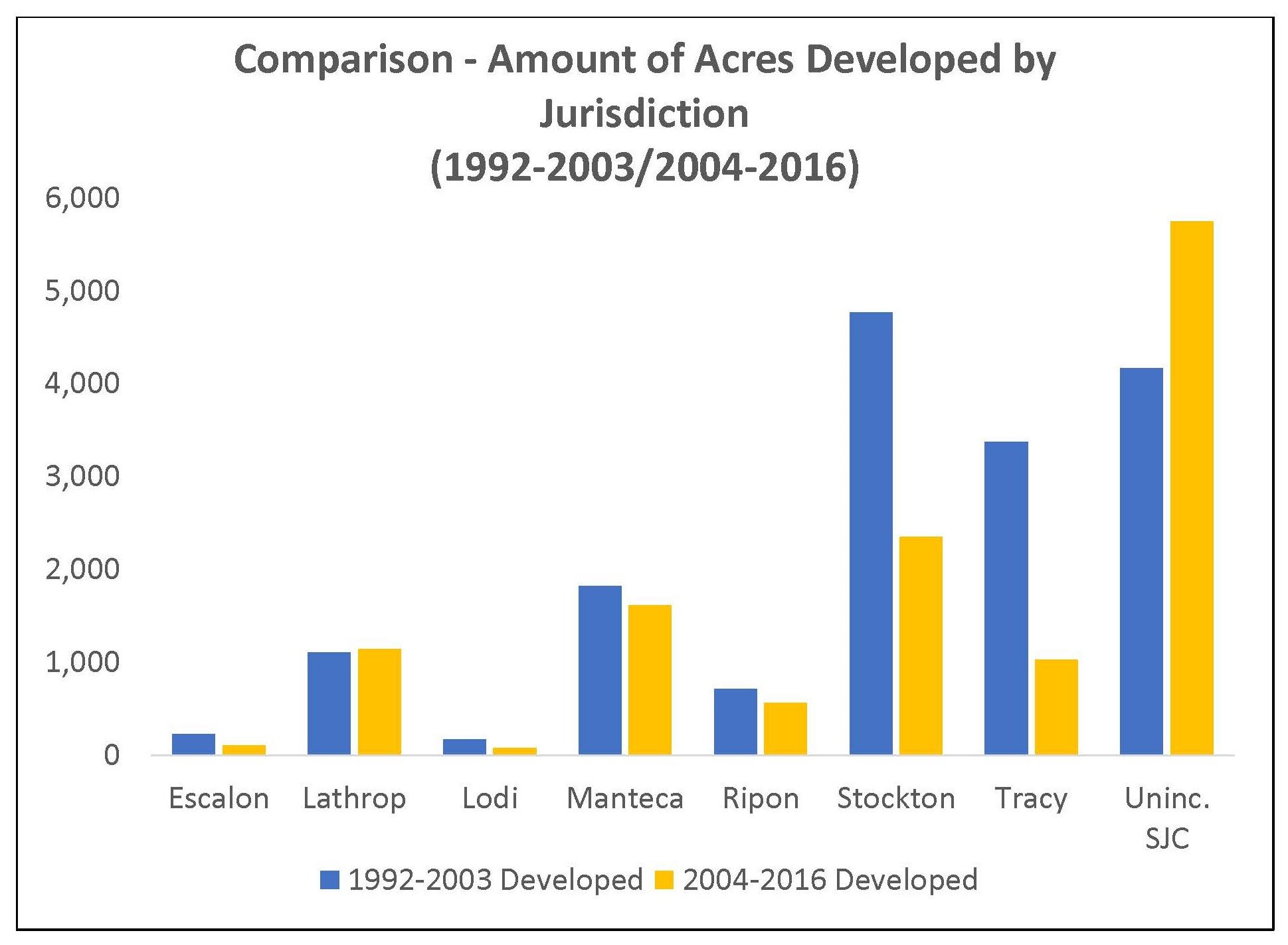 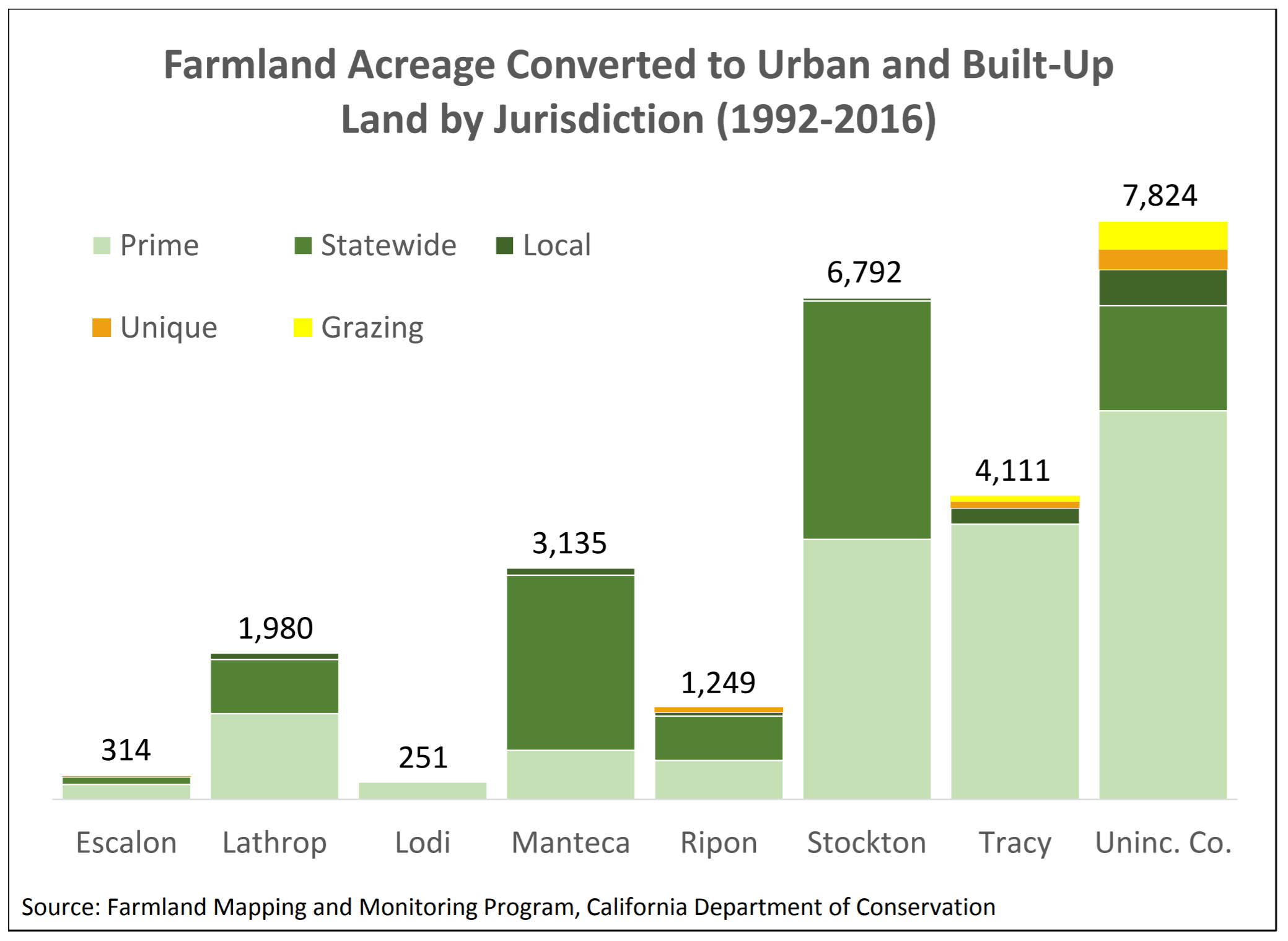 The chart below shows the amount of farmland acres that was converted during 1992-2016 by farmland category. 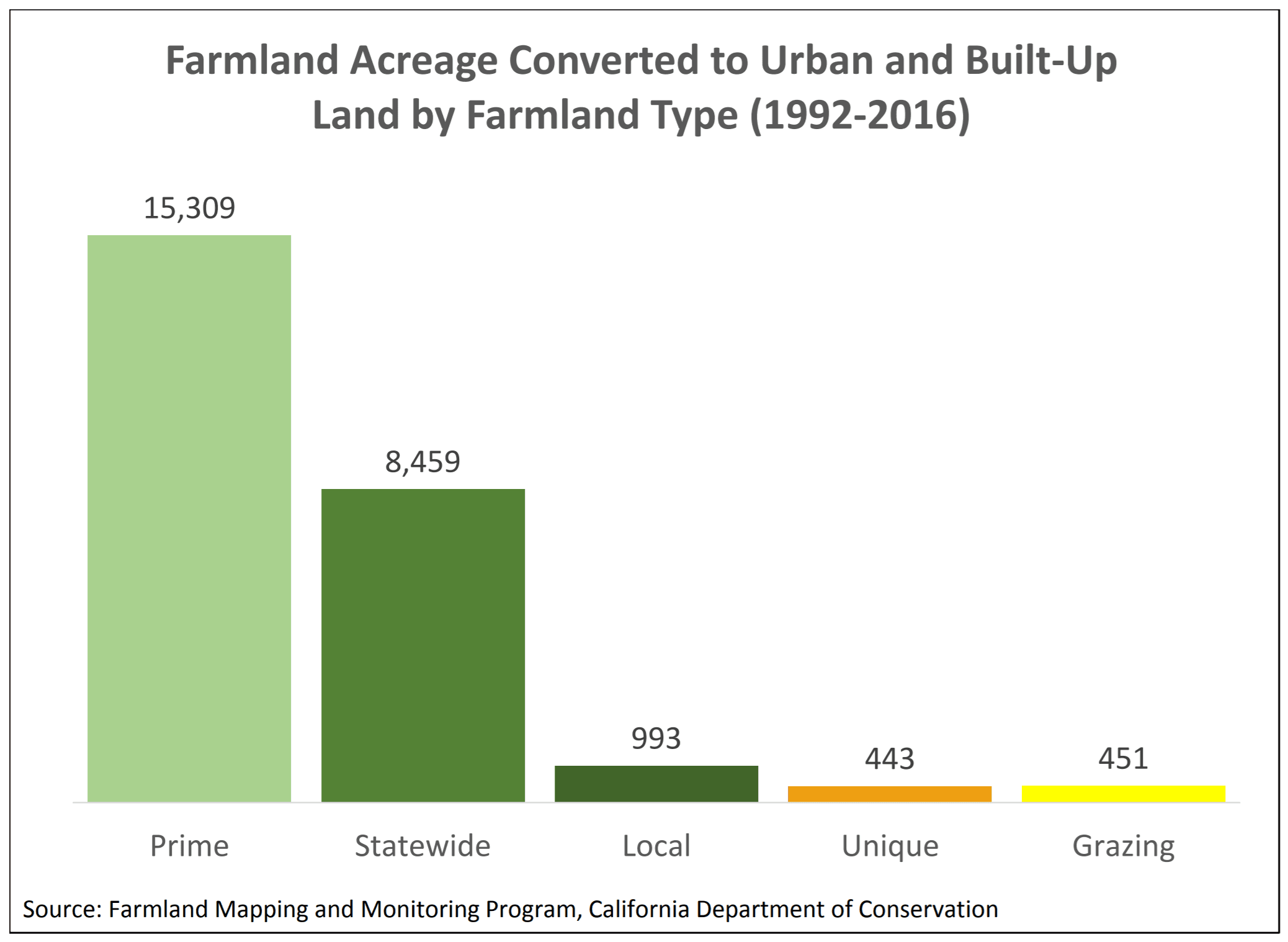 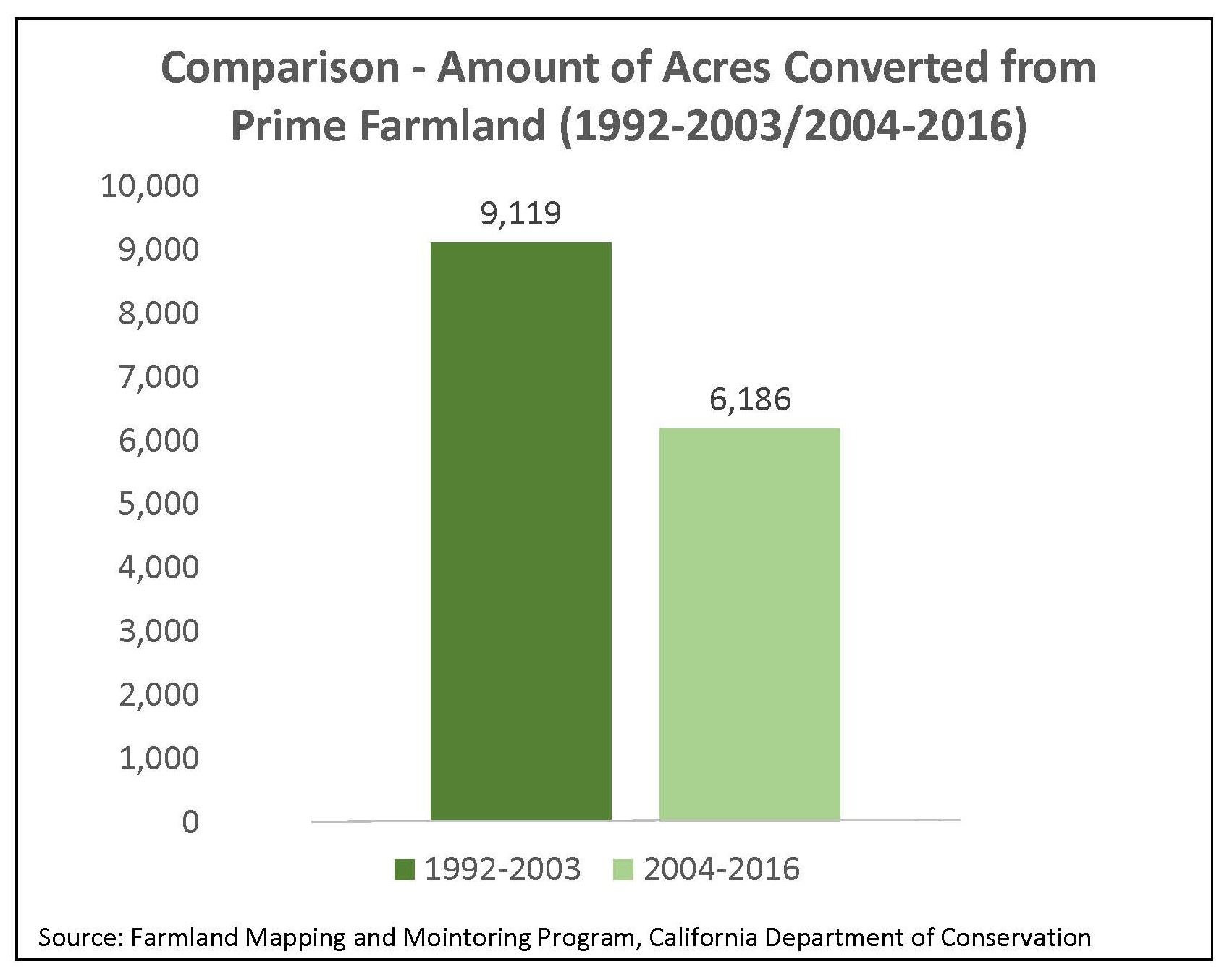 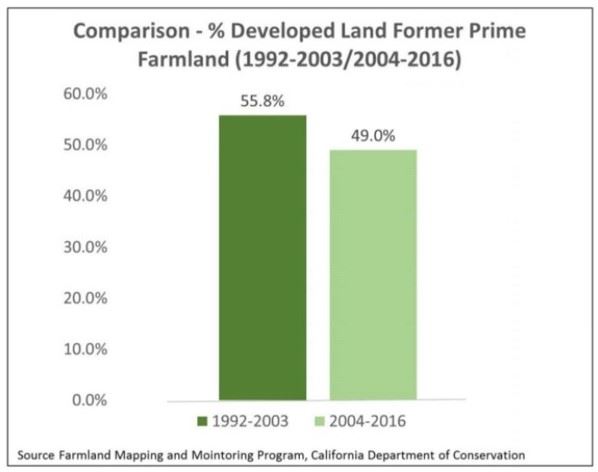 Converted farmland results in the loss of farmland but it also results in a gain of land uses that serve a community. The charts below show current amount of land uses on former farmland acreage by jurisdiction and by land use category. 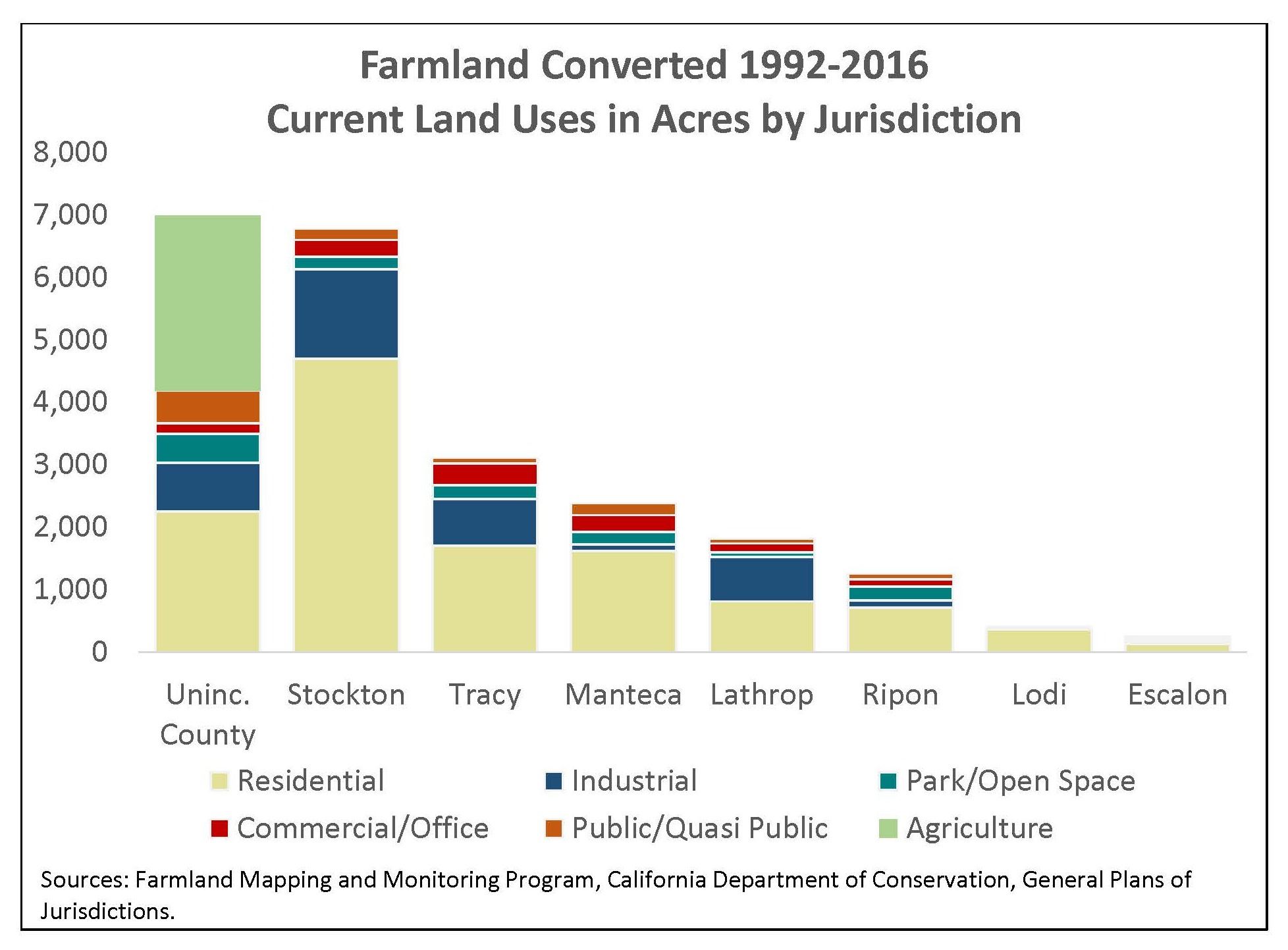 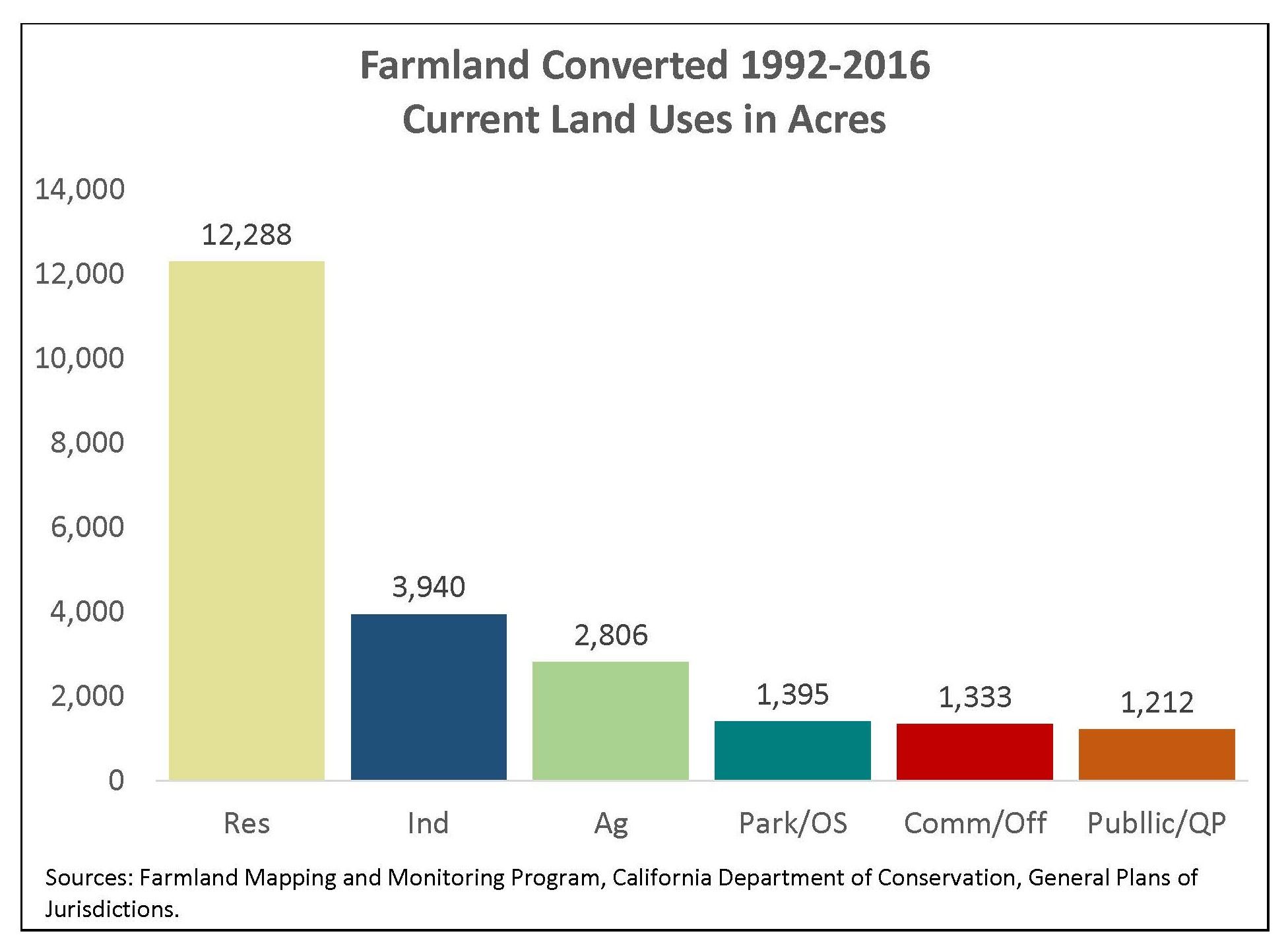 Much of the above data is included in the following interactive map. There are separate layers for urban/built-up land as of 1992, urban/built-up land that developed during 1992-2016, and farmland that was converted during 1992-2016. For converted farmland, there is a separate layer for each of the farmland categories. The map can be zoomed in and out. Click on the icon on the upper left corner to see the legend. Click on the icon on the far right to get see the map on a separate webpage. The layers can be turned on and off for ease of exploration.