As shown by the map below, COVID-19 death rates per 100,000 people vary greatly by county in the state. As of July 21, 2020, counties with the lowest rates (0 to 4.0) are in northern portion of the state while counties with the highest rates (28.5 to 116.5) are in the southern portion of the state. The exceptions are Sutter County in Northern California which has one of the highest death rates and Santa Barbara and Ventura Counties in Southern California which have lower death rates. San Joaquin County which had a death rate of 21.7 is in the middle category (13.5 to 28.5) 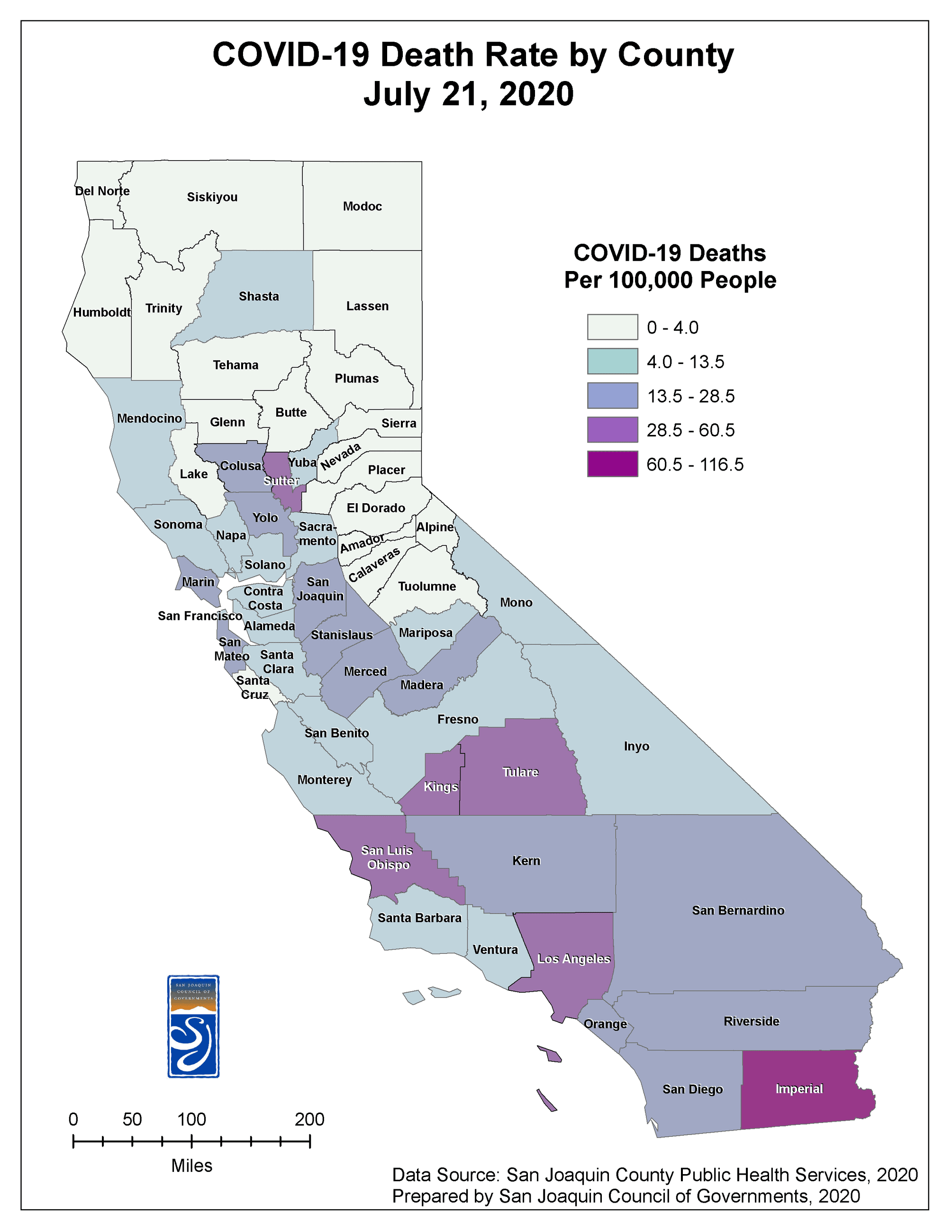 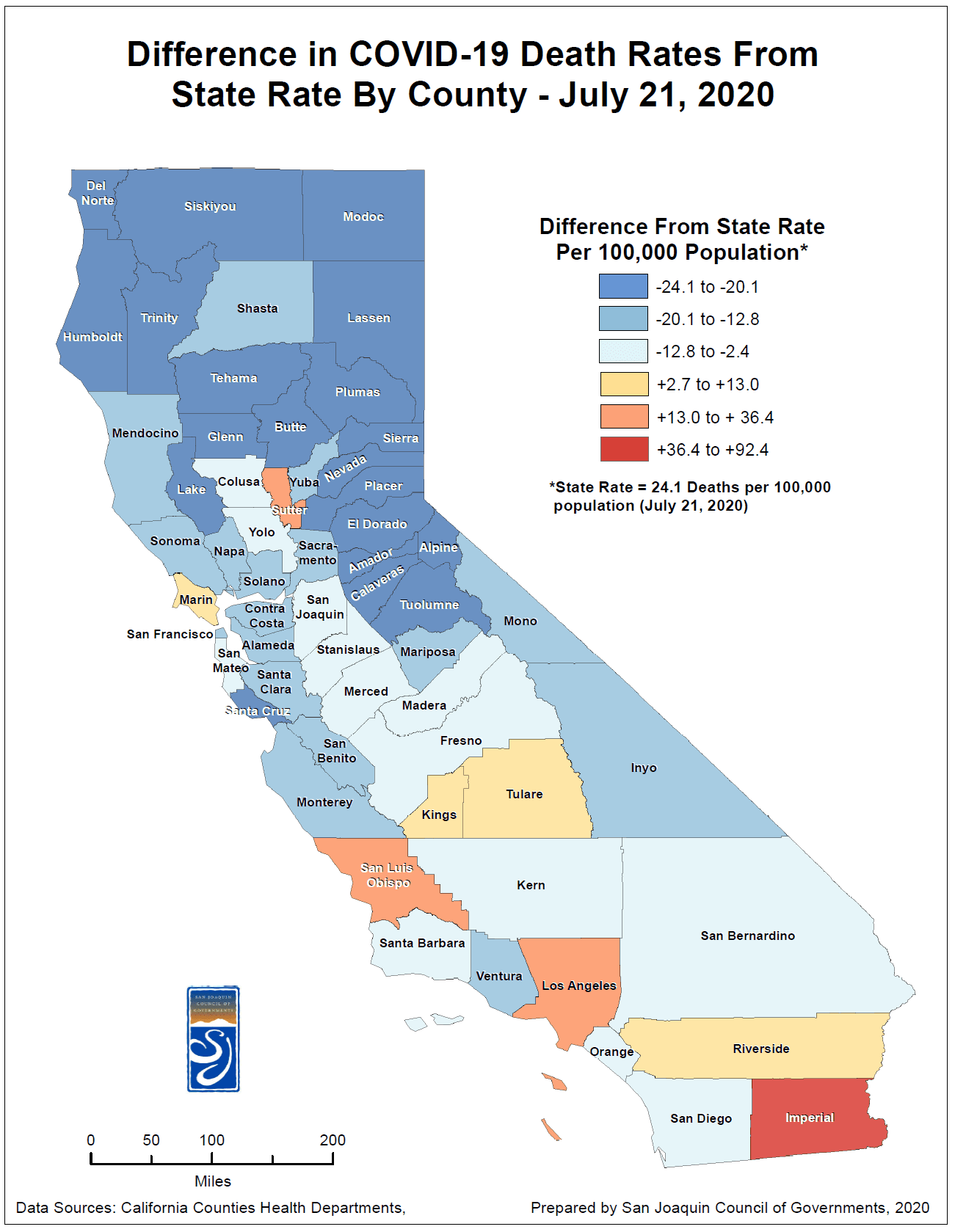